Major TV, in association with Endemol Shine North America, develops scripted and unscripted formats, many of which are inspired by bestselling books.  Most recently, Major TV Executive Produced VH1’s Ricky Martin: Behind the Vegas Residency and currently is in production with several projects including, the treasured love story of Selena Quintanilla, To Selena with Love, and unscripted and scripted formats with “The Voice of New York,” Angie Martinez.

Through universal stories that touch people around the world, the goal of Major TV | Books is to reach the true majority by also resonating with the largest minorities.  The purpose of forming both TV and Books is to fully maximize the potential of content by building IP properties that generate more touch points for viewers and readers. 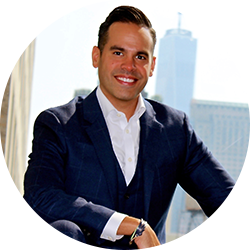 Raymond Garcia is the founder and CEO of Major TV | Books. Previously, Garcia was the Publisher and founder of Celebra | Penguin Random House, a premier celebrity imprint publishing adult nonfiction and children’s fiction titles, primarily by mainstream Hispanic authors in both English and Spanish. Celebra’s mission was to fully maximize the potential of every book worldwide with its distinctive approach of leveraging the multifaceted global platforms of its authors to reach a mass audience.

Prior to starting Celebra, Garcia was the Associate Publisher and Marketing Director of Rayo | HarperCollins, which published revered authors including Isabel Allende, Paulo Coelho, and Gloria Estefan with her New York Times Bestselling Children’s book.

Prior to HarperCollins, Garcia was the Founder and President of REG | Strategic Innovations, a fully integrated branding and design firm based out of New Jersey and Florida, helping to bring Hispanic brands to Mainstream markets and Mainstream brands to Hispanic markets. His most notable achievements were developing the first interactive multicultural campaign with TIME Inc and growing the Celia Cruz license into a perennial International property.

In the Fall of 2015, Garcia was named one of People en Español’s 50 Most Influential Hispanics – one of only three figures in business and the only representative in book publishing.